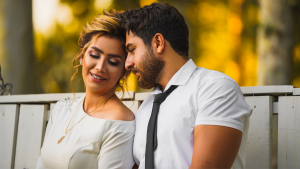 Today we are talking about the joy of being wooed and pursued…and the pain of being eschewed. And in case you don’t know what ESCHEW means, here you go:

Eschew: to abstain or keep away from; shun; avoid

(Also, it’s not a common word, even for the most articulate among us! No worries if it’s a new one!)

Have you ever been WOOED + PURSUED by a man you thought had serious potential?

His attention, affection and doting had you feeling adored, important, special and pinching yourself. But part of you was thinking: “This feels so good, can it possibly be real?”. Maybe it lasted a couple weeks, or maybe even a few years. Perhaps you even married the guy. After his hard pursuit of you, you finally surrendered to love. And you fully believed it WAS real.

But then… it ends abruptly.

He either ghosted you, started making excuses for being unavailable, or simply became a nightmare. You got the bait and switch. Basically, he ended up being a horrible person.

Were There Red Flags?

How could I have been so wrong?

Were there red flags I ignored or just simply missed?

You end up not trusting men to be who they present themselves to be. Even worse, you lose your ability to trust YOURSELF!
This is what creates dead-end dating. You spiral into an endless cycle of activity that goes nowhere. It’s like you are driving with one foot on the gas and one foot on the brake.

And the whole time you’re wondering why you’re not getting “there!”

As long as you don’t trust yourself and are fearful of this painful and traumatic experience ever happening again, you’ll never get close enough to what you want. Why? For fear your pain will be repeated.

You won’t be open and available enough to make a true connection. YOU won’t allow it to happen to you ever again. It’s understandable. However, it’s also preventing you from finding love. Somehow, YOU became your biggest obstacle for finding true love.

Wooed + Pursued By a Real Man Who Loves YOU

Yet, you’re dating, swiping, messaging, texting. You’re hoping THE ONE will come into your life. But here’s the absolute truth… it doesn’t matter if MR. AMAZING were knocking on your door right now.

As long as you are carrying this BS around with you, you’re not ready to let him in. You’ll block love from coming in. You’ll push him away, sabotage it, not see him as the right guy. You might even pick another wrong-for-you man instead. Or, you’ll settle for MR. SAFE.

Until you deal with your fear and learn how to open up and let love in, you’ll stay stuck on the never ending hamster wheel of dead end dating. You’ll focus on trying to fix all the wrong things. All that instead of dealing with the real root cause head on. Or maybe you’ve had similar experiences with men that have left you full of self doubt, feeling uncertain or scared and second guessing yourself.

Then you must check out our free training that talks A LOT about how women end up becoming their own biggest obstacle to finding the love they desire. I cover how to deal with your fear. PLUS, how you have blind spots about the way you are showing up. Ultimately, I’ll help you see how you are blocking love.

Most importantly, I’ll tell you what to do to get out of your own way. Learn how you can date openly, freely fearlessly. Learn how YOU can let love in!

Want my help but don't want to book a call?

Sign Up For the Ready for love program now!
Read More 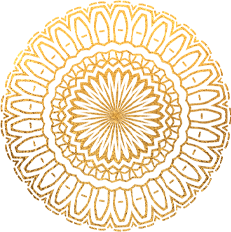